WWE superstars Seth Rollins and Becky Lynch are both officially off the market … the wrestlers just got engaged!!!

The WWE Universe stars, who just recently came in the open about their relationship, have announced that they are engaged and the wedding bells could ring song.

Sharing a photo from the beachfront proposal, Becky Lynch described it as the happiest day of her life. She wrote; 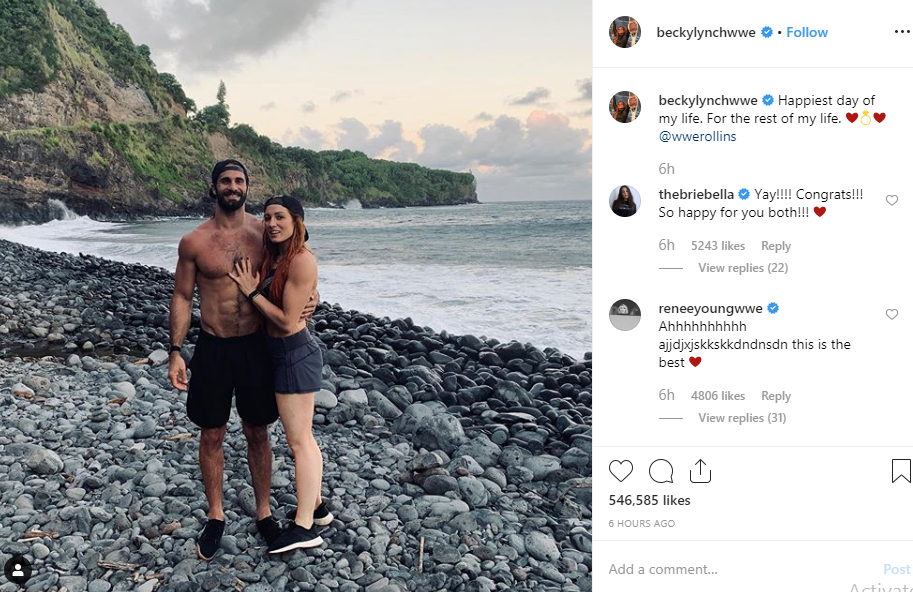 Victor Osimhen Signs For Napoli,Becomes The Most Expensive…