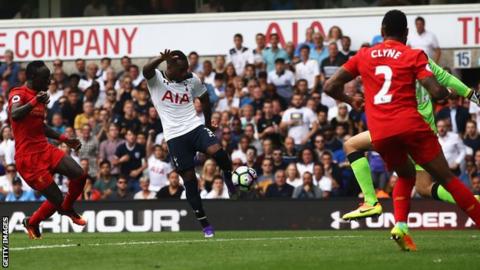 Danny Rose’s second-half strike gave Tottenham a point after Liverpool looked on course for a second successive away win in north London.

Philippe Coutinho forced a great save from Michel Vorm before Liverpool took the lead thanks to a James Milner spot-kick after Erik Lamela fouled Roberto Firmino inside the penalty area.

Sadio Mane thought he had doubled the Reds’ lead as he tapped home from close range after the interval, but his strike was chalked off as Adam Lallana was adjuged to have strayed offside before playing his team-mate in.

And Spurs rallied to snatch a point as Rose drove a low shot through several Liverpool bodies to maintain his side’s unbeaten start to the season.