Obviously, the Etinosa’s now infamous controversial nude video is far from over as she has dragged MC Galaxy over his recent comments.

Back then, Etinosa made news after she appeared completely naked on MC Galaxy’s lG live video. She received a lot of backlash from Nigerians and at a point, came out to apologise and state that she regrets her action.

However, the actress took to her Instagram page on Wednesday, June 12, 2019, where she shared a long post about MC Galaxy’s latest comments where he alleged that they both conspired to release her nude video.

“Stop lying to Nigerians. They are not stupid. This is the last I will say on this hurtful issue. It hurts me a lot and you can tell by the harsh stupid way I cursed an innocent child because his father won’t stop throwing it at my face. However, after that happened I tried talking to a real therapist and it really works- I have made significant progress. i am working really hard to be a better person. I no longer feel rage or pain when fans troll me about it. I laugh. Moving on the process isn’t as easy as it sounds on tv.

“By 9 pm on Africa Magic Urban you would see me again looking all perfect and talking perfect too but it’s not as easy as it looks on tv so no one should make it more complicated by adding lies. You can’t try to win Nigerians by lying to them. An effective damage control should avoid lies(MCG you would know this but you are an illiterate surrounded by illiterates). I have said my truth. I was caught at an unguarded moment, someone I called my friend recorded me and sent it to blogs. I take full responsibility and am trying to move on. I advise all parties involved including the nude video viewers to move on. Thanks 🙏,” she captioned the post.

See the rest of her reaction below… 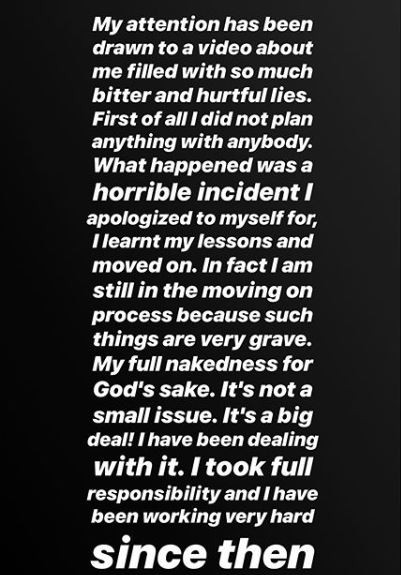 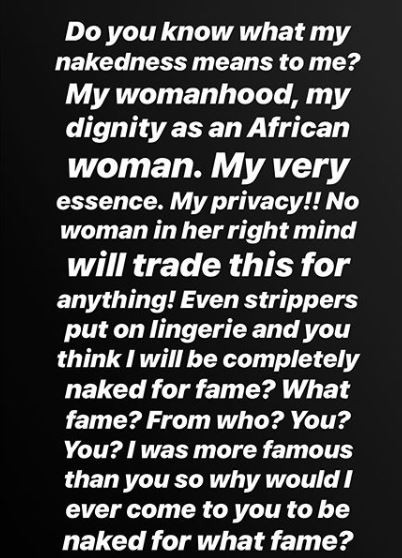 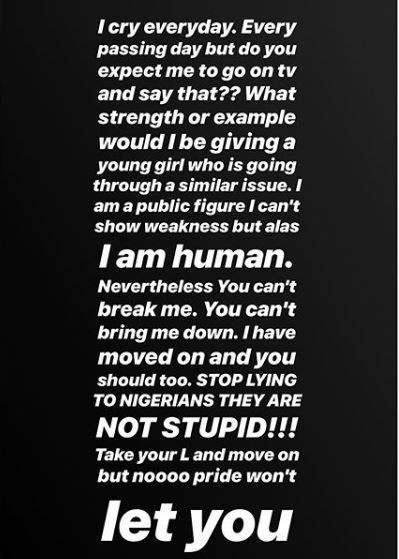 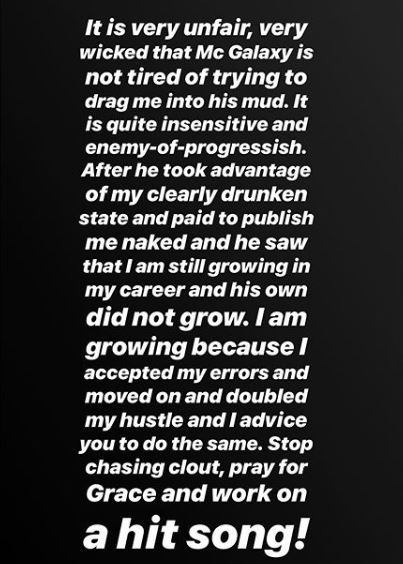 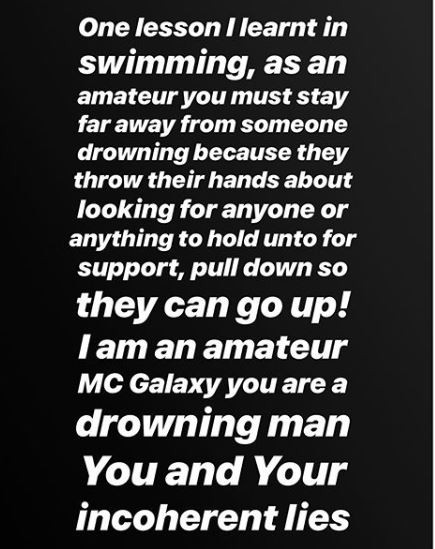 ” The Biggest Hater In The Industry” !! Singer Dencia Blasts…