Many people were feared killed in a petrol tanker explosion along the Calabar-Odukpani Highway in Odukpani local government area of Cross River State on Friday.

According to ChannelsTV, it was gathered that some of the residents were scooping fuel from a fallen petroleum tanker when the explosion occurred.

The fight for petrol resulted into a spark as some of the residents used metal containers to scoop the product.

It  resulted in an explosion leaving many burnt beyond recognition.

Below are some more photos from the scene. 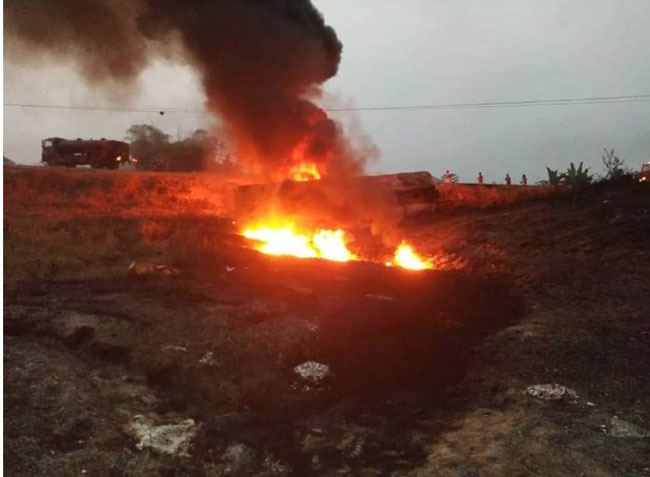 If Any Harm Befall me And My Family, IGP Idris Should be Held Responsible – Bukola Saraki

How Father of Four Died of Generator Fumes During Sex Romp…