Award-winning Nollywood Actress, Omotola Jalade-Ekeinde has made Nigeria proud by being named by the United Nations as one of the 100 most influential people of African descent.

The AMVCA award-winning actress announced the good news via her Instagram page. She wrote:

“Honoured to be one of the Most Influential 100 People of African Descent at the United Nations by @mipad100,” she wrote.

Congratulations to Omotola Jalade-Ekeinde for flying high the name of our country.

Omotola Jalade-Ekeinde isn’t the only Nigerian celebrity on the list as we have the likes of Davido, D’banj, Dakore Egbuson, Yemi Alade, Stella Damasus and Falz.

The award ceremony which took place between September 23-October 3, 2018 in New York was held following the opening of the 74th United Nations General Assembly. 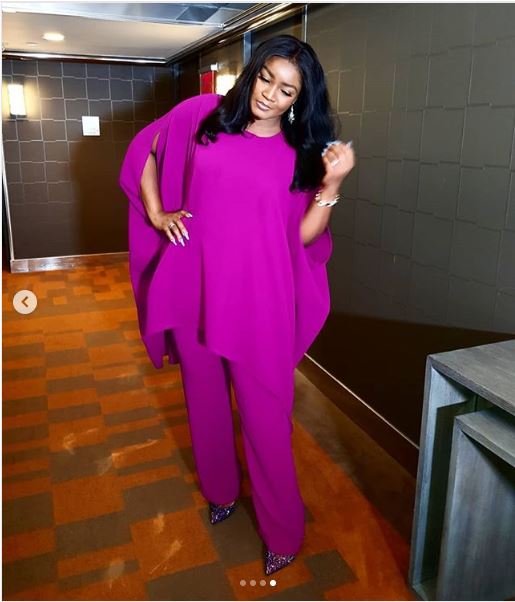 WOW! Check Out The Wealthiest Football Club in the World!

Zion Rufus’ Diary Of A Lagos Girl- My Valentine was Fucked

Burna Boy Attacks Nigerian Artists on Twitter, Claims He is The Best Since Fela…