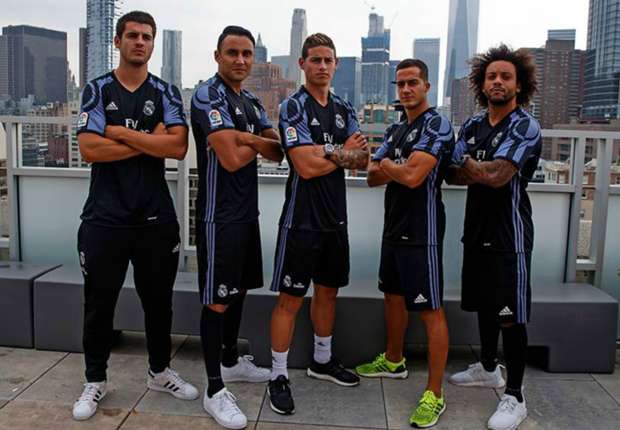 Real Madrid unveiled their new third kit for the 2016-17 season in New York City on Tuesday.

James Rodriguez, Marcelo, Lucas Vazquez, Keylor Navas and Alvaro Morata were in attendance to show off the black and purple shirt, which pays tribute to the 11th European title the club won last season.

The pattern on the sleeves is based on the route between the Santiago Bernabeu and the Plaza de Cibeles, which is usually taken by the team to celebrate the winning of a trophy.

Mikel Obi Insist He Is Staying At Chelsea

Raheem Sterling: Real Madrid Are a Great Club But I’m…