Commercial activities in Makurdi, the Benue State capital has been paralyzed as over 5000 youths hits the street to protest over what they termed police brutality in the State.

According to Daily Post, the youth group displaying placards bearing various inscriptions lamented that Nigeria’s democracy was under threat.

The protesters, who described former Benue State governor, George Akume a betrayal for selling out his people, noted that President Muhammadu Buhari was a threat to the nation’s democracy.

They vowed to stand by the state governor, Samuel Ortom despite the distractions from the presidency. 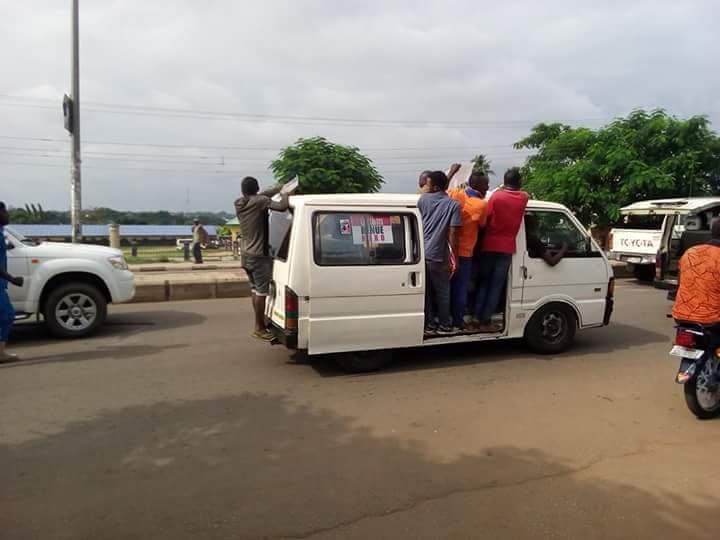 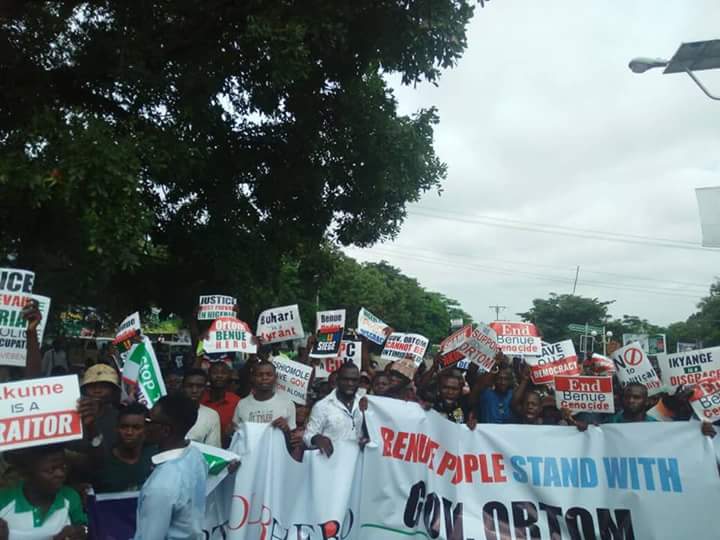 JUST IN: Journalist Shot Dead by Police During Shiite Protest In Abuja

It Was an Attempt to Overthrow President Buhari –…