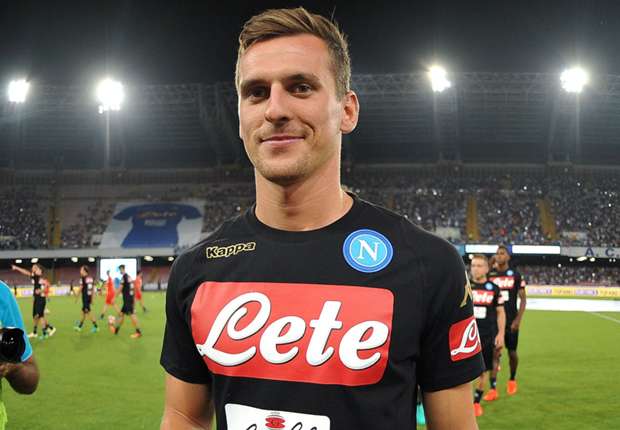 Napoli have completed the signing of Arkadiusz Milik from Ajax for an initial €32 million.

The Serie A side were in the market for a new forward following the departure of Gonzalo Higuain to Juventus and they have now found their man in Milik.

They presented the Poland international to their fans ahead of Monday’s friendly against Nice and Milik has now signed a contract to complete his move to Naples Club.

Milik came through the ranks of the Rozwoj Katowice youth academy and also represented Gornik Zabrze, Bayer Leverkusen and Augsburg before joining Ajax in 2014.

The 22-year-old scored 32 goals in 52 Eredivisie appearances as Ajax finished as runners-up behind PSV twice.

THE ESSENCE OF MY GIFT