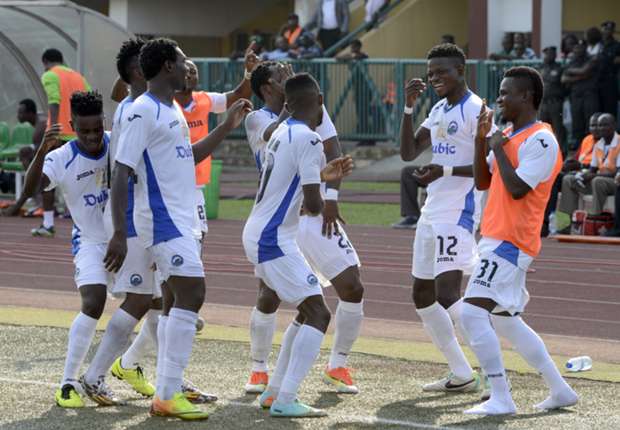 Enyimba secured their second win in two games as they defeated Akwa United 2-1 in a NPFL Match Day 33 tie played at the Yakubu Gowon Stadium, Port Harcourt on Saturday.

The People’s Elephant drew into the lead in the ninth minute from the penalty spot after Stephen Chukwude was fouled in the Akwa United box and Mfon Udoh expertly converted the spot kick to earn his first league goal of the season but Hassan Babangida got the equaliser for the visitors in the 44th minute from a defensive blunder to end the first half 1-1 apiece.

The hosts stepped up their game in the second half and they were rewarded with the second goal 10 minutes from the final whistle from Ikechukwu Ibenegbu who got the goal from a well drilled free-kick to hand three crucial points to Enyimba.

Enyimba are now sixth on the log with 48 points from 29 matches at least for the next 24 hours before other matches are decided in the NPFL on Sunday.