LIB EXCLUSIVE:#SaveMayowa Was A Scam! She was Sick But Was Beyond Treatment, Her Family Stole Money From Nigerians

This is such a sad thing for me to report this afternoon. Just two days after we were all happy that Nigerians kindly donated to cancer patient, Mayowa Ahmed, for surgery she needed for ovarian cancer, LIB just learnt that Mayowa and her family scammed kind hearted Nigerians.

You see, Mayowa is really sick. She truly has Ovarian cancer. She’s admitted at LUTH but she didn’t need money for surgery, because doctors had told Mayowa she was beyond treatment and no hospital in the world could treat her as she was extremely far gone. Mayowa had reached stage 4 and doctors, unfortunately, already told her family she won’t survive it and had advised them to take her home. Her family instead used her situation to raise money from Nigerians. The doctors in LUTH have also denied giving her family a medical report advising her to seek treatment abroad. Continue.. 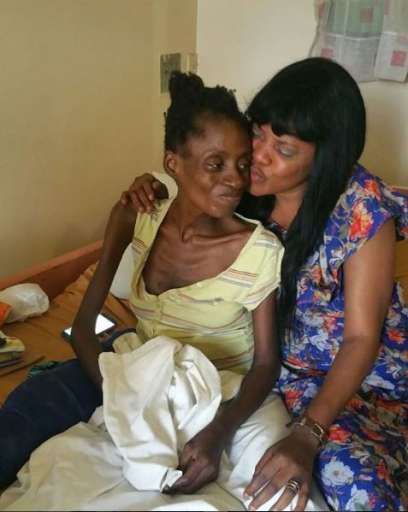 Toyin Aimakhu, who was one of those who spearheaded the fundraising, as you read this, is at LUTH right now with police officers. Some people also went to the family’s home and the place is locked up. Will share video from the scene  at LUTH, involving Toyin and one other donor later…

#SaveMayowa raised over $100k on GoFundMe and millions of Naira.
More later

Executive Online Content Manager @Yawnaijaentertainment.
I'm a good team player,an intellect and an innovative personality with a good grasp of knowledge in online content creation,digital marketing,blogging,public speaking,creative writing and so on
I love networking,surfing the internet,working-out,sprinting,praying,solving complex issues,interacting with like minded intellectuals and travelling

Photos From The Ongoing Funeral Ceremony Of Late Steven Keshi

My Landlord Is In Big Soup