A newly married man has revealed that “Godly women don’t moan during sex, and any woman who does it shows a sign of carnality and lack of self-control”.

The man identified as Uzor Obinna Marvelous took to his Facebook page to reveal that the first time his wife moaned during sex, he took her to their pastor for deliverance and now all she does is “hum hymns” during sex.

The Nigerian man who got married in January this year, said it is “wrong and ungodly” for Christian couples to moan during sex.

He also added that any woman who calls the name of God or Jesus during sex or speaks in tongues should be sent to jail.

Read his full post below and be guided if you may: 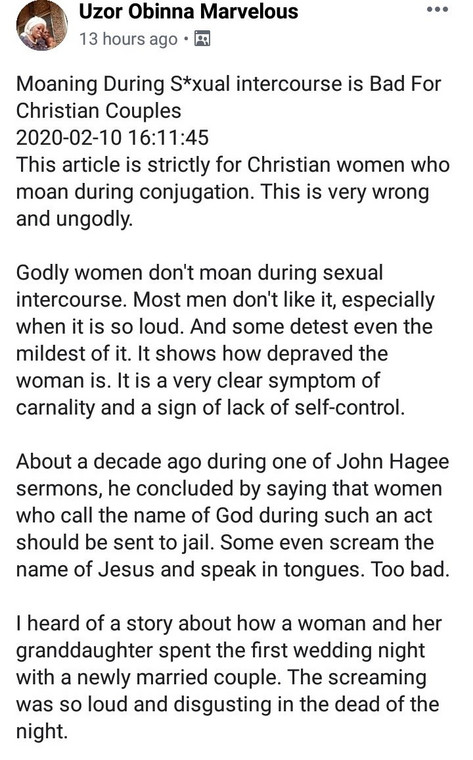 Over 1000 Shops Burnt in Otukpo Market in Benue State

Young Girl Stabs Boyfriend to Death Over N3,000 in Sagamu

“My HIV Positive Husband And my Daughter Kicked me Out…