The protesters condemned Akinsanya’s emergence, saying he and his supporters and backers were working against the constitution of the union.

It was learnt that the National President of the NURTW, Alhaji Tajudeen Baruwa, appointed Akinsanya as the caretaker chairman following the dissolution of the executive committee in the state.

It was gathered that Baruwa issued a statement on Tuesday dissolving the executive committee of the state chapter hitherto headed by Comrade Tajudeen Agbede, who is now Baruwa’s deputy, and replaced it with an 18- member caretaker committee led by MC Oluomo.

But the protesters believed that Akinsanya, who is contesting the state NURTW chairmanship, would use his position as the head of the caretaker committee to impose himself as the state chairman.

One of the protesting members, who identified himself simply as Nosiru, said Akinsanya and his followers had been working against the constitution of the union, adding that there would be trouble if he was imposed on members.

Nosiru stated, “We are here to protest because the NURTW constitution is not respected. The Governor’s Office and the Lagos State House of Assembly, where we are protesting, usually uphold the constitution of the NURTW in the state. Akinsanya and his followers believe that they are above the law; they are working against the constitution. We are surprised to hear this morning that he is the chairman of the caretaker committee.

“The list, where he was appointed as the chairman of the caretaker committee, consists of people who are destroying the NURTW in Lagos. We want the governor to intervene, because if they impose Akinsanya on us, there will be trouble and a lot of unrest will happen in the state.”

At press time, no government official had addressed the protesters. 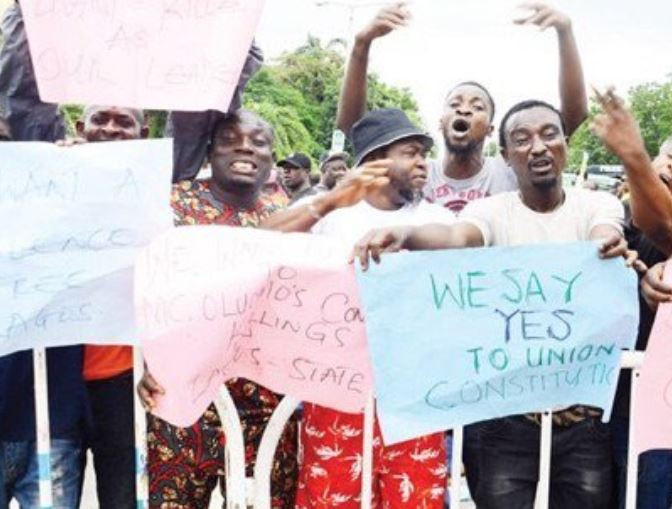