Many primary school pupils were feared dead on Wednesday after a three-storeyed building at Ita Faji, Lagos Island, collapsed around 10am.

The cause of the collapse was yet to be ascertained but it was gathered emergency responders have moved to the scene and were evacuating trapped victims.

The school was said to be on the last floor.

At least ten children have already been pulled from the rubble, according to local reports, but many more are feared dead.

A witness told Punch: “It is terrible. Parents are crying. I can’t withstand the gory sight.”

Another witness told The Cable that one of the floors in the building was home to a school, and pupils were in their classrooms when the structure caved in.

The cause of the collapse was not known. 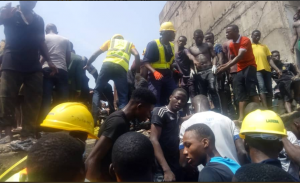 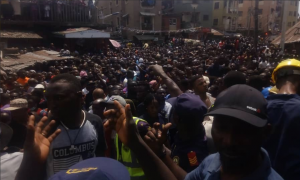 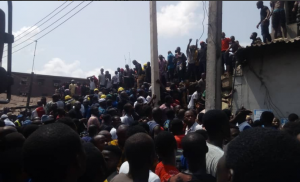 Just In: One Person Reportedly Killed, Several Injured as Youths Protest Killing of…

‘There Will Be No Govt In Bayelsa From Friday!!! Oshiomhole Blows Hot