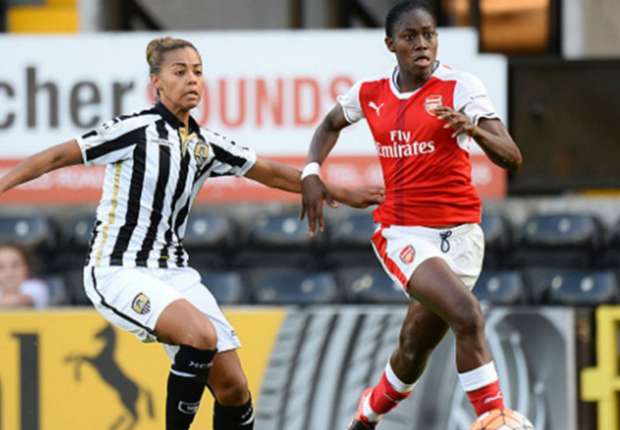 Having gone five month without scoring, Asisat Oshoala has finally ended her Women’s Super League goal drought as she fired past Megan Walsh to give her side the lead in their 2-0 victory over Notts County Ladies at Meadow Lane Stadium.

Her moment finally arrived in Sunday’s Super League tie with Notts County Ladies as she rounded  goalkeeper Walsh before slotting in the opener before the hosts scored into their net for the second.

The Nigerian had previously failed to score for the Gunners since March 23, 2015, when she struck on her debut in her side’s 3-1 victory against Reading FC Women.

The victory places Pedro Losa’s Ladies third on the log with 23 points from 12 games.

15 Containers Of Fish Destroyed In Lagos