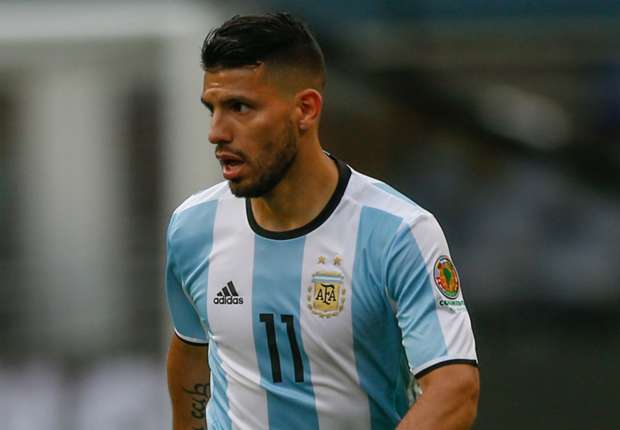 Sergio Aguero has not joined up with Argentina’s squad for the World Cup qualifiers against Uruguay and Venezuela after picking up an injury in Manchester City’s Premier League clash with West Ham.

The 28-year-old was taken off late in the 3-1 win at the Etihad Stadium, having injured his left calf.

Aguero will not risk his fitness ahead of the first Manchester derby of the season, but his participation is far from guaranteed.

The forward could miss the derby on September 10, along with the following fixtures against Bournemouth and Swansea City, should he face punishment for delibrate elbow to the face of Winston Reid.

West Ham captain Reid had to be taken off midway through the second-half following the collision with Aguero.