The Federal Government has announced that anyone found moving about without a facemask will be prosecuted.

This was revealed in the guidelines were signed by the Secretary to the Government of the Federation, Boss Mustapha.

“Anyone who presents a temperature of above 38ºC will be mandated to return home and call NCDC for evaluation,” the statement read in part.

It added: “Anyone without a face mask/covering will be asked to return home and will be prosecuted.

“Any member of the public who violates the ban on Inter-State movement as outlined in this guideline will be prosecuted.” 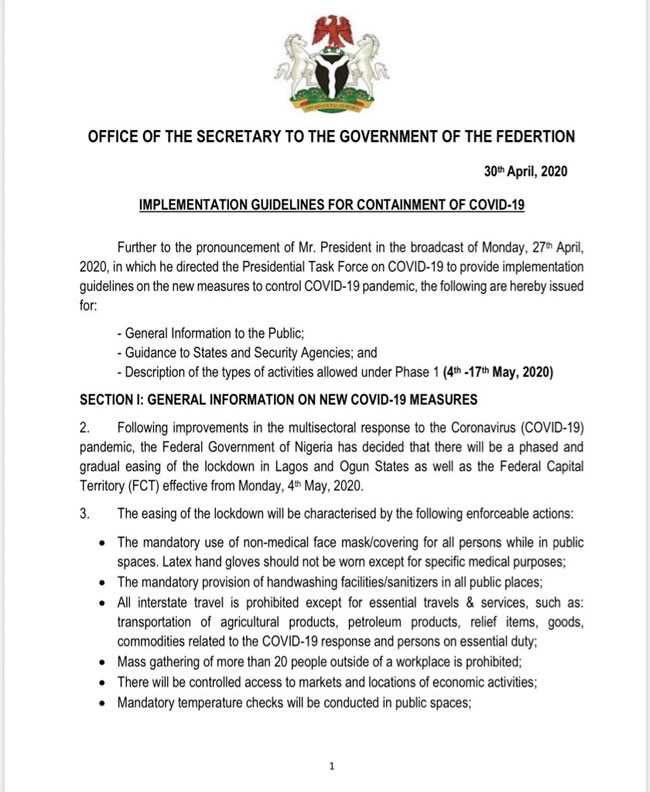 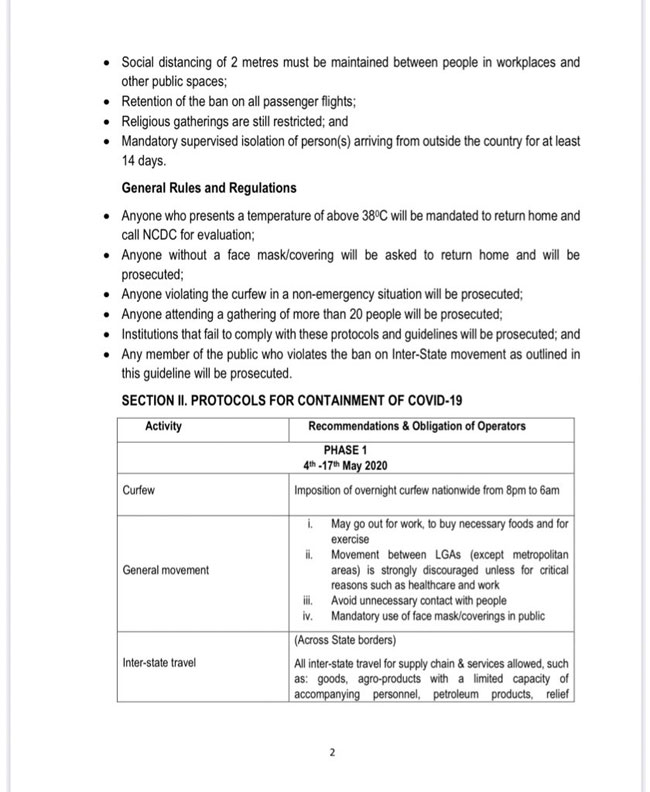 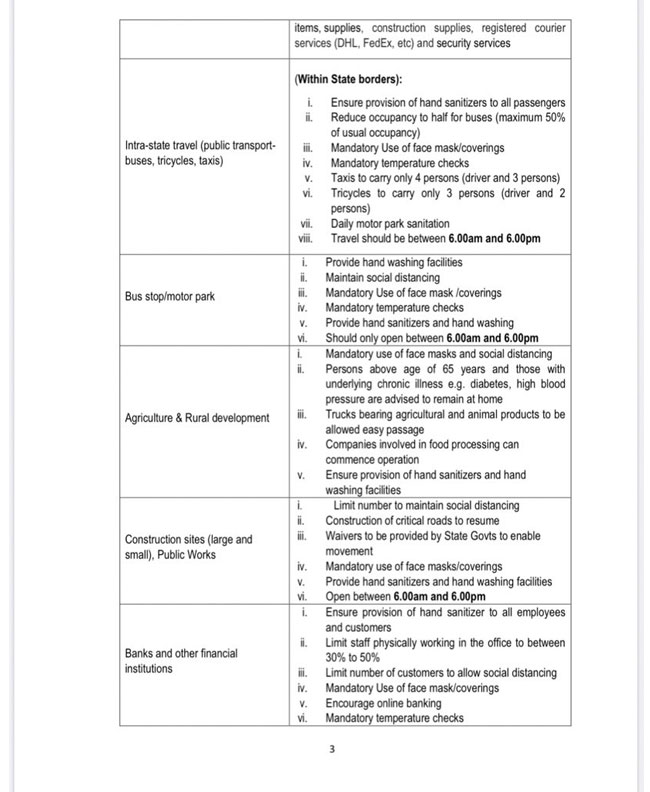 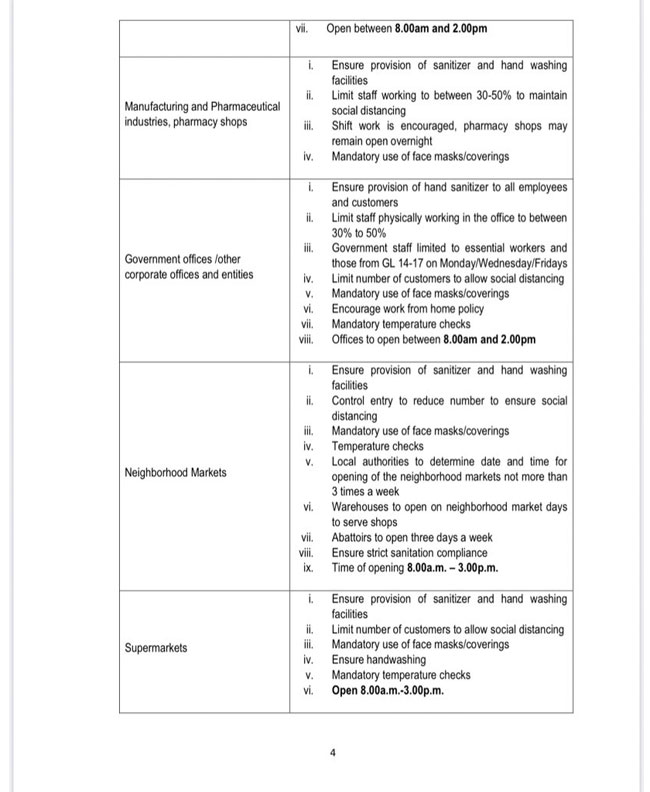 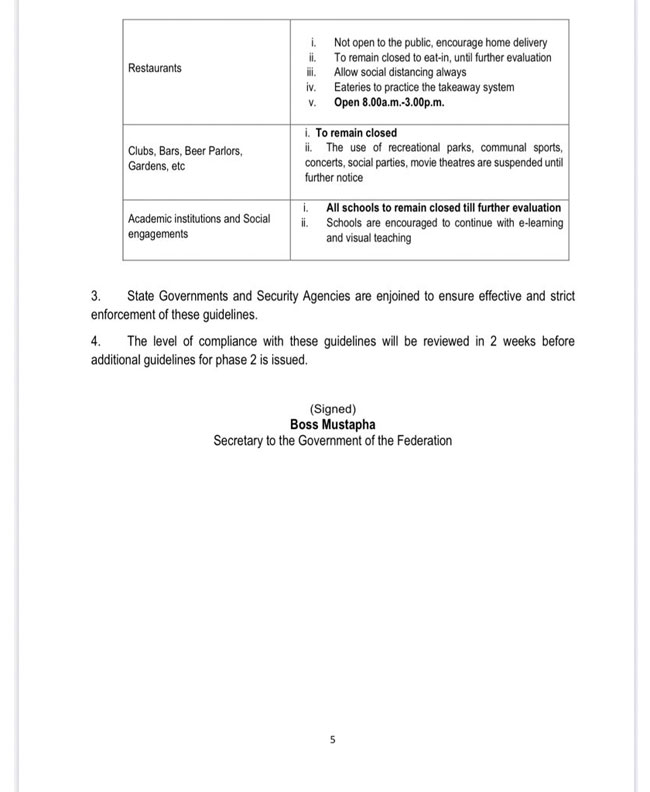 Buhari To Address Nigerians On January 1

BREAKING: Sanwo-Olu recovers from COVID-19 — after 12 days in isolation

I Won’t Touch $20,000 You Made From Abducted Leah Sharibu’s Plight, Garba Shehu…

Reno Omokri Vows To Give Presidential Aide $20,000 To Sleep…