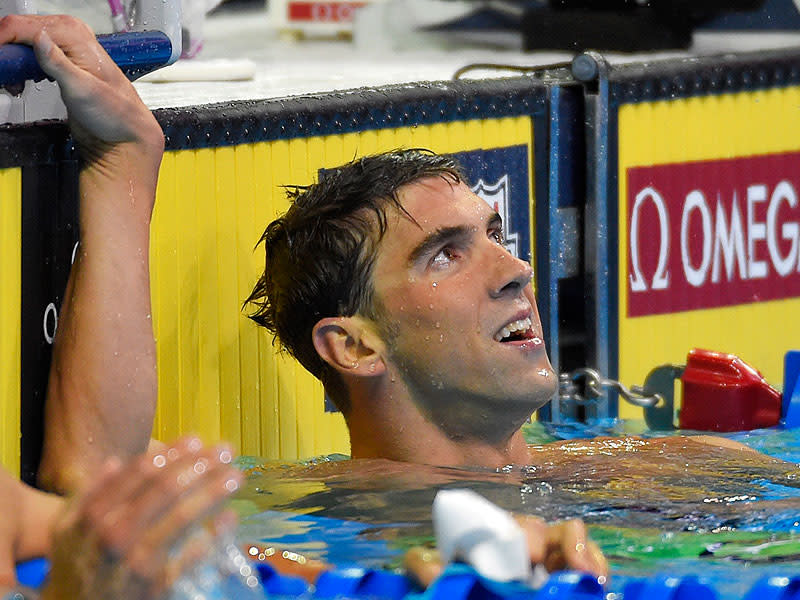 8 Amazing Olympic Records to Know Before Rio – Plus, Which Could be Broken?

The Olympics aren’t just about winning gold medals – they also give athletes a chance to get their names in the record books.

And while it’s highly unlikely anyone is going to walk away from Rio with more medals than Micheal Phelps, everyone sure can try. Here, eight interesting Olympic records all athletes can aspire to break:

1. The longest long jump.
This will be one to beat in Rio. Why? Because no one has managed to do so since the 1968 Olympics in Mexico City, when Bob Beamon made an 8.9-meter jump. While the world record has been broken, (in 1991, by Mike Powell), it’s never managed to be broken at the Olympic games.

2. The perfect 10 in gymnastics.
Spectators haven’t seen gymnasts scored on a 10-point scale since 2006, when the judging was changed to include points for execution as well as for difficulty. But scoring that perfect 10 used to be the ultimate prize in gymnastics – perhaps even more so than the gold medal. Romanian gymnast Nadia Comaneci was the first to achieve it, in the 1976 Olympics in Montreal, on the balance beam and uneven bars.

4. Any of Phelps’ swimming records.
Phelps doesn’t just have a lot of medals, he also has a lot of Olympic records, too. He currently holds five, in the 400-meter individual medley, 200-meter individual medley, 100-meter butterfly, 4×100-meter freestyle relay and 4×200-meter freestyle relay. If someone breaks any of these, it’ll be a big deal – even if it’s Phelps himself who does it.

5. The times of the fastest man in the world.
Jamaican runner Usain Bolt has earned this unofficial title after spectacular showings in Beijing and London, and he’s sure to have another in Rio. Currently, he holds three Olympic records: 100-meter, 200-meter and the 4×400-meter relay.

6. And those of the speediest walkers.
Olympic records were set in both the 20-km. and 50-km. walks in London, by Chen Ding of China in the former and Sergey Kirdyapkin of Russia in the latter. During their races, the two walked the equivalent of a three-min., 54-sec. km. for Ding and a four-min., 24-sec. km. for Kirdyapkin. That’s right, they walked it.

7. The women’s 100- and 200-meter races.
American runner Florence Griffith-Joyner has held the Olympic records in the 100-meter and 200-meter (and the world record in the latter) since the 1988 games in Seoul. In two of the top races for sprinters, surely every woman in the race will be hoping end this nearly 30-year streak and set a record of her own. It’ll be tough, though: Griffith-Joyner was considered to be the fastest woman of all time.

8. The Olympian we’ve seen the most.
This will be Phelps’ fifth Olympic games, but that’s nothing compared to Ian Millar, a Canadian equestrian who has competed in 10 games. Rio will be the first Olympics that the 69-year-old will miss in 40 years, and it’s not even because he’s ready to retire: His horse is undergoing surgery.

Jimoh Ibrahim Gets The Support of Ali Modu Sheriff

Gernot Rohr to Continue on as Nigeria Coach

Ighalo Set to Leave Manchester United This Week As Shanghai…